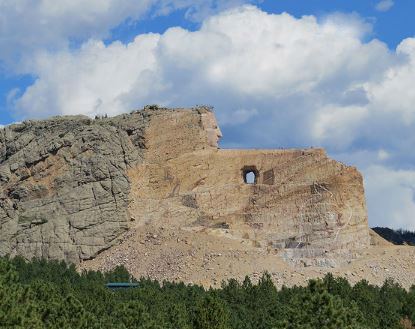 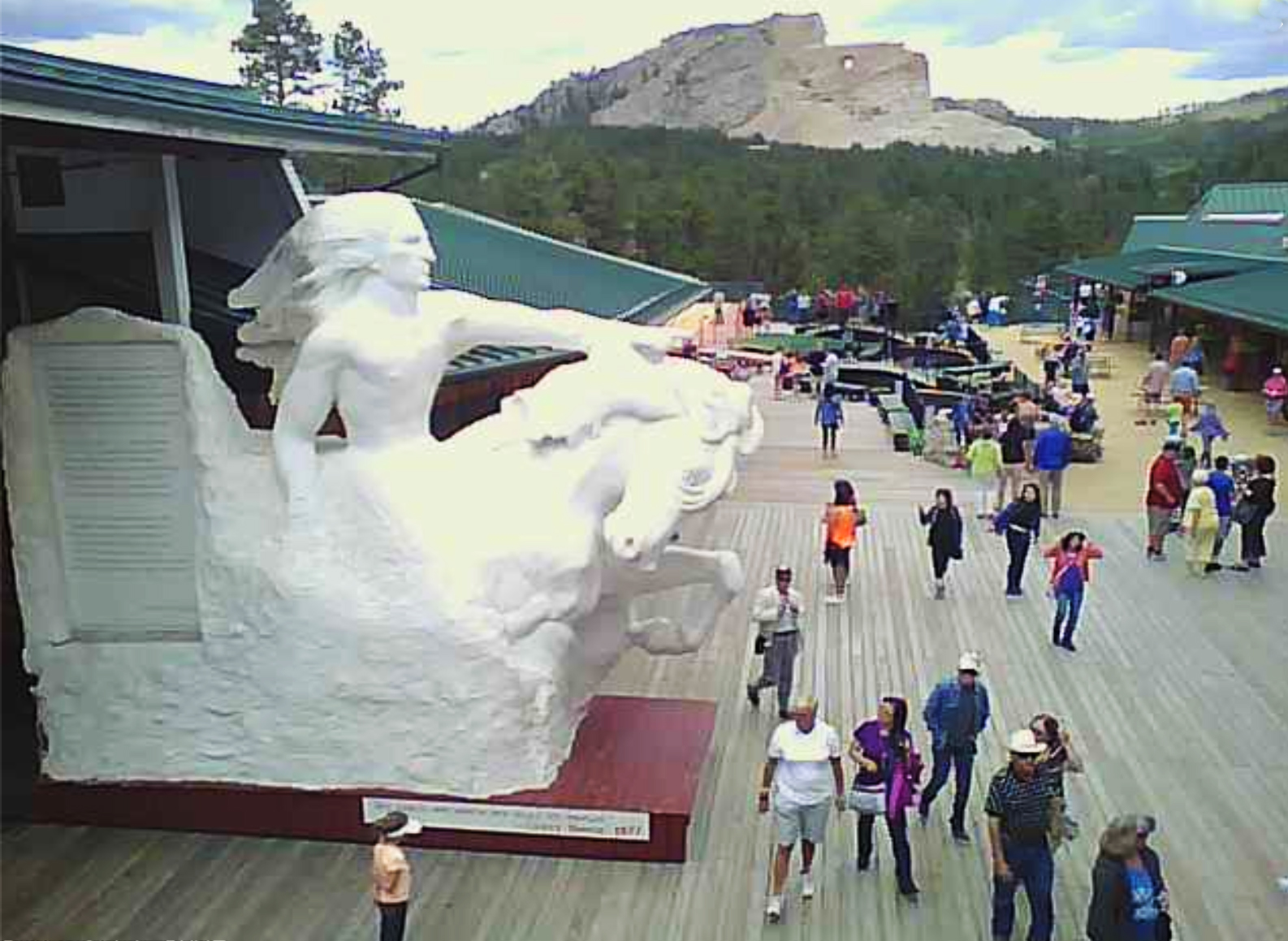 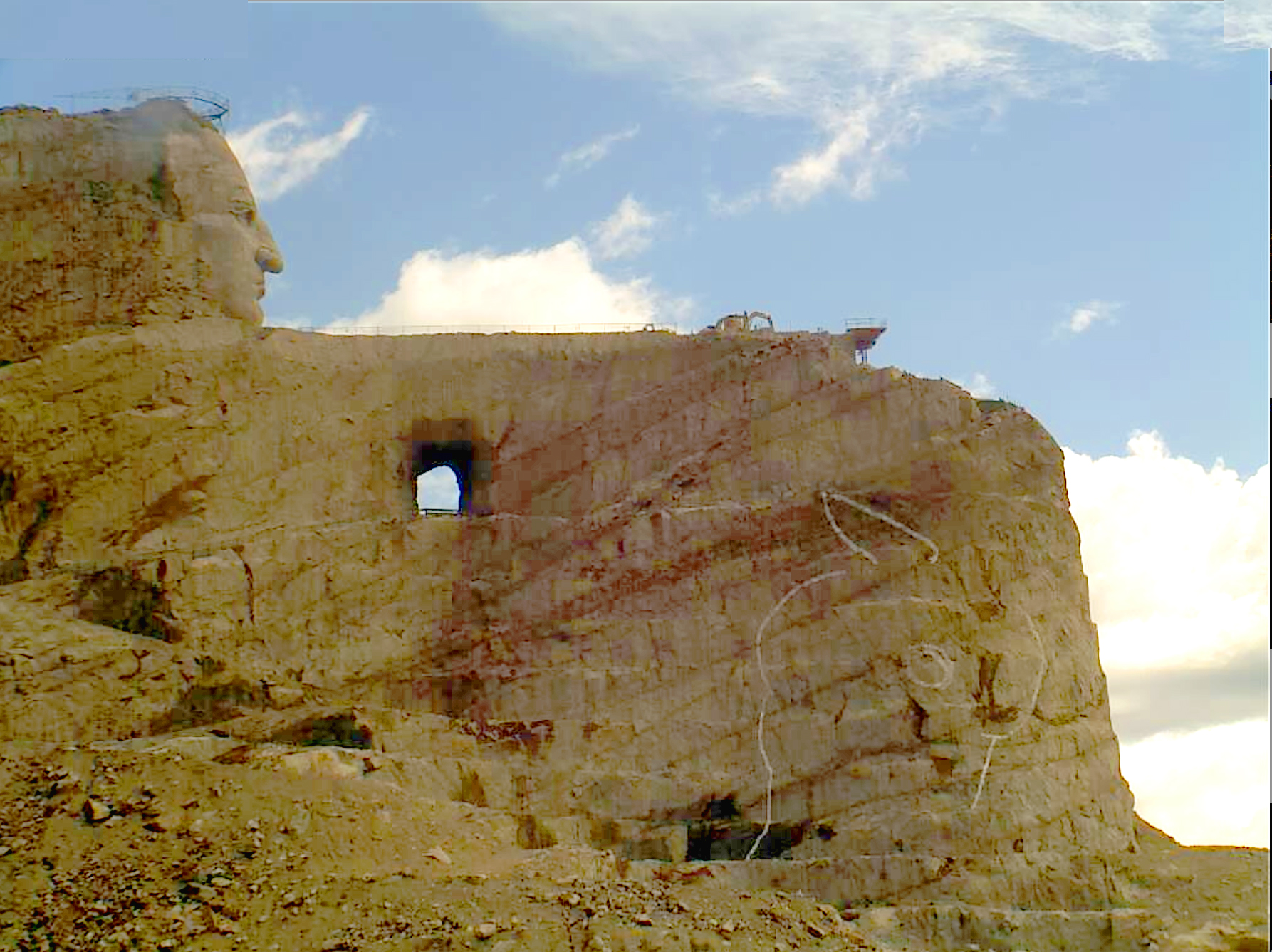 What's the fastest way to land yourself in jail in the Black Hills?  Federal trespassing in an attempt to climb up to the Mount Rushmore heads gets the job done in a heartbeat.

But it's an entirely different story at the other Black Hills mountain carving, Crazy Horse Memorial.  Twice a year the public is invited to hike up the mountain and come face-to-face with sculptor Korczak Ziolkowski's giant representation of Tasunke Witco, as Crazy Horse was known in his own language.  The hikes are 10K organized walks called Volksmarches.  Dates in 2016 are June 4 - 5, and October 2.

Ziolkowski, a renowned Boston-born sculptor, began carving the memorial in 1948.  It was pretty much a one-man operation for many years, and there was a huge amount of rock to blast away as preliminary steps before actual sculpting began.  The sculptor died  in 1982 but left behind detailed plans so his family could continue the work.  In 1998 Crazy Horse's 87-foot high face was completed.  In size that beats each of the four Rushmore heads by more than 20 feet.  The memorial is still a work in progress but recognized as the world's biggest sculpture, 641 feet long when Crazy Horse's emerging body and the horse he rides are figured in.

Crazy Horse is generally considered the most historically significant individual ever born in what today is South Dakota.  He was a holy man and warrior who fought to defend the sacred Black Hills.  His memorial is the site of special events year round, including powwows, artists-in-residence, lectures, and a laser light show summer evenings.  The Indian Museum of North America, below the mountain, rates as one of the most comprehensive museums of its type in the world, featuring not only artifacts from Plains and Rocky Mountain tribes, but from indigenous people across the continent.

If that's not enough for you, consider this: coffee is always free at Crazy Horse.  You can re-fill as many times as you like.  A million annual visitors will agree that this is a must-see attraction for sure. 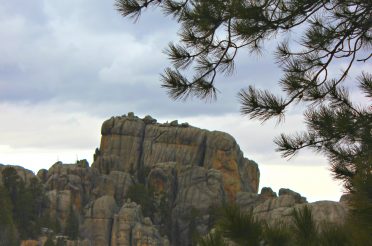 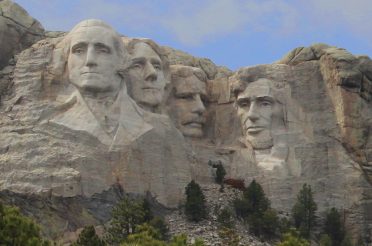 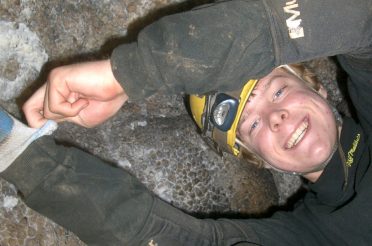